Never. Say. Die. is truly an art book in form and in function. Featuring over 125 awe-inspiring photographs, this book provides a rare view of one team's championship season seen through the lens of one photographer, Brad Mangin, resulting in a beautiful baseball photo monograph that San Francisco Giants' fans and baseball fans around the world are sure to relish. The book's design and format go above and beyond the typical sports photo book, emphasizing the grit and edge of the Giants' character throughout the season. 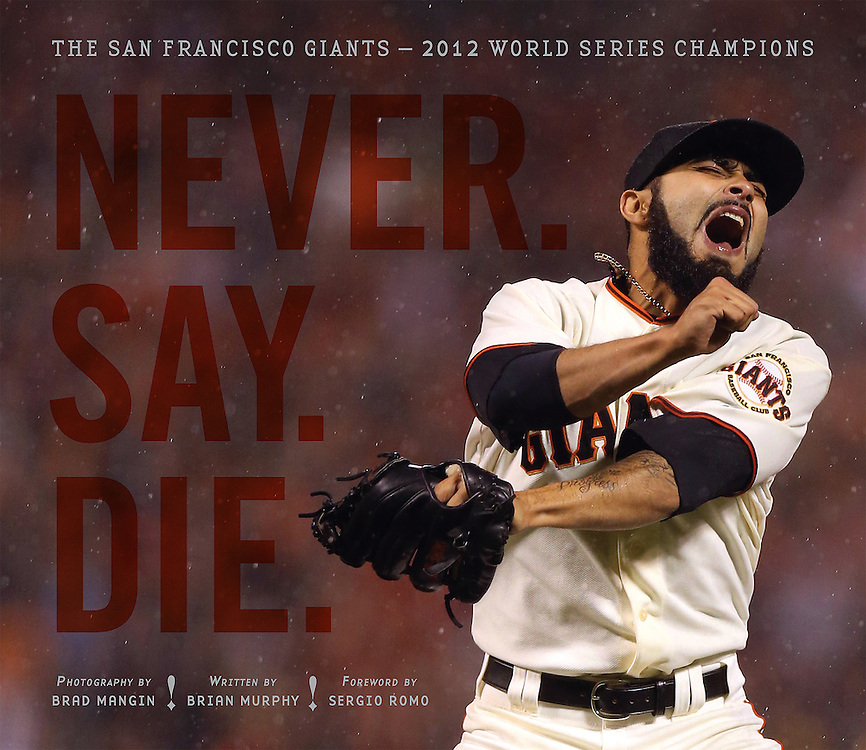